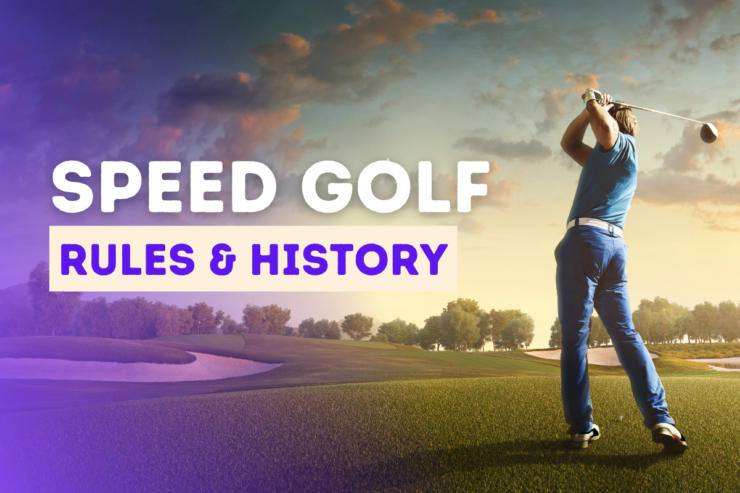 Speed golf, also known as extreme golf, fast golf, hit and run golf, and fitness golf, is a variation of traditional golf in which the objective is on speed.

Because of certain aspects of speed golf, including increased fitness, improved performance, and playing faster, this alternative to golf is considered to be more fun, and more and more golfers are opting to play it.

Modern views on healthy and active lifestyle include different challenges which need to be merged into one activity, and speed golf seems to check all the boxes about that. With it, your athletic experience will be changed forever.

Let’s first learn the rules of speed golf, and how it differs from the traditional one.

Speed golf is played on regular golf courses, and its rules are mostly the same as golf, however, there are a few minor changes.

It is a fast-paced game that combines the elements of golf and running. The objective of the game is to complete the course in the shortest amount of time possible.

There are a few different ways to play speed golf, but the basic rules are as follows: each player starts with a set number of golf clubs and a handful of balls, and they tee off at each hole. The player with the lowest score at the end of the round wins.

If you’re playing with more than one other person, you can also keep track of your own personal best time for the course. Speed golf is a great way to get in a quick round of golf, and it’s also a great workout!

When it comes to Speed Golf, the most important piece of equipment is undoubtedly your golf clubs. After all, without clubs, you wouldn’t be able to play the game! But what kind of golf clubs should you use for Speed Golf?

Similar to golf, players are allowed to carry a maximum of 14 clubs, however, most players carry only 4-7 clubs. They are allowed to wear running shoes. When it comes to an official competition, wheeled, powered or similar transport is not allowed, and neither are metal spikes. Players can use DMDs in case they are conforming devices.

Golfers are allowed to putt with the flagstick placed in the hole, but there is no penalty for hitting a flagstick when playing a stroke on the outing green. To consider the ball holed, it must touch the bottom of the cup.

Just like wheeled or powered transport, caddies are not allowed either. Therefore, players must carry their own clubs. They can use golf bags for carrying or holding cubs in their hands.

In case a player is unable to find their ball, he or she has three options, and those include replaying the shot, dropping another ball within two club lengths of where the ball is reasonably assumed to have come to rest, or dropping a ball along the line of flight of the previous shot.

Another three options are offered in case the ball is placed in an unplayable position. Under a penalty of one stroke, a player can choose to replay the shot or drop the ball within two club lengths of the nearest relief from the stop where the ball came to rest, or drop a ball along the line of flight of the previous shot.

The last option is not choosable if the ball is in a water hazard. However, it can be applied on balls in bunkers, but the ball must be dropped within the bunker.

In case when a ball is out of bounds, here are three options for a player: replay the shot, or drop the ball within two club lengths of where the ball crossed the out-of-bounds line, or drop the ball along the line of flight of the previous shot.

You notice that when a player is in a position to choose one of the three options, they are pretty similar in some cases. 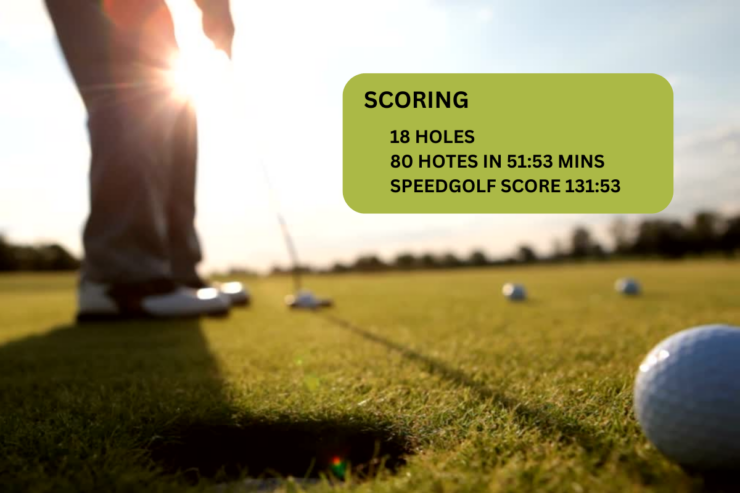 Last but not least come to the scoring rules.

Now that we know that even seconds are important for the final score, let’s learn what is the right way to measure the time. From the moment a player hits their initial shot on the first hole, until the moment the ball strikes the bottom of the cup on the last hole, the clock needs to be ticking.

The second number, or the number after the colon, is the number of seconds that weren’t used with the minutes in the first number. E.g. if a player shoots 78 strokes in 46 minutes and 32 seconds to complete the round, the score is expressed as 124:32.

What is Considered a Good Scoring in Golf? 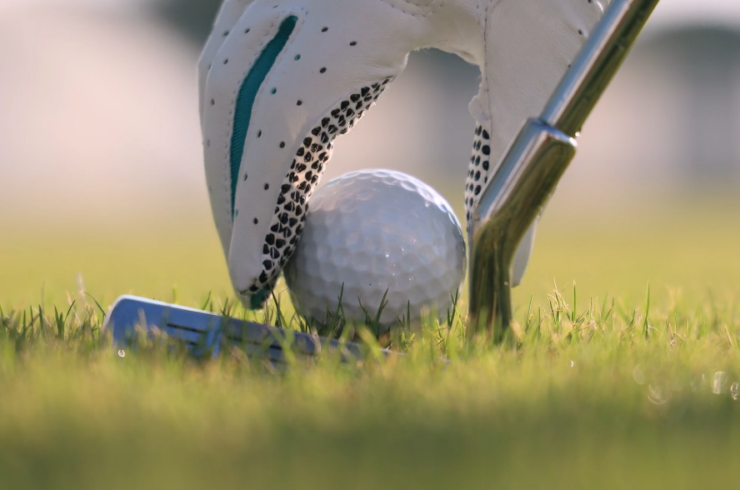 The proper pace of play not only makes the game more enjoyable but also helps to prevent injuries.

There are a few things that you can do to help maintain a good pace of play. First, be sure to warm up before starting your round. This will help to loosen your muscles and get your blood flowing. Second, when you are playing, focus on your shot and then move on to your next shot as quickly as possible. Don’t dilly-dally between shots.

And finally, if you find yourself falling behind the group in front of you, don’t try to catch up by rushing your shots. Just take your time and enjoy the game at your own pace. Speed golf is supposed to be fun, so don’t let yourself get too stressed out about keeping up with the group ahead of you.

Just like traditional golf, speed golf requires the full responsibility of a player when it comes to course care, which includes repairing ball marks, replacing divots, and raking bunkers.

There are special occasions when the rules allow volunteers to take care of course, and those include tournament play with a large volunteer contingent.

When it comes to tournament play, sometimes it is expected that a golfer plays through a slower opponent ahead of them. The right of way is given to the player who is passing.

He or she can then use a simple “fore” to let the player ahead know that the game needs to be halted momentarily while the faster player plays through. 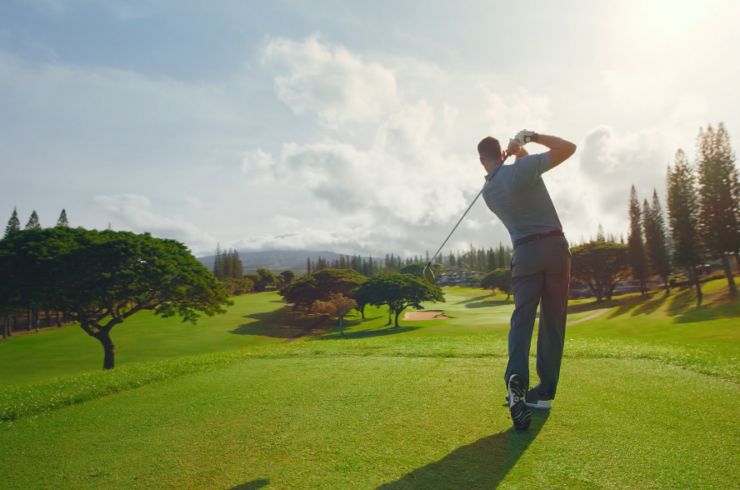 It is believed that the year 1979 is the year when speed golf started. The sport originated in California, the United States, but it is also played in Europe and Japan. In the 1970s, chasing world records was the main occupation for some golfers. In 1979, a former American record holder in the mile, Steve Scott, shot a 95 with a 3-iron in only 29 minutes and 33 seconds.

In the 1990s, several tournaments were organized by International Speed Golf Association. At that time, caddies were allowed. During that period, a former ironman triathlete and teaching pro, Jay Larson, became one of the top-speed golfers.

In 2002, Oregonians and speed golfers Tim Scott, Christopher Smith, and Jim Kosciolek founded a company called Speed Golf International. So far, the company has put on many tournaments, and in all of them, players have been an obligation to carry their own clubs in a bag, and they were not and still are not allowed to have caddies.

The official Guinness record in this sport was achieved in 2005, by a professional golfer Christopher Smith, who shot 65 in just 44:06 for a Speed Golf score (SGS) of 109:06, while carrying six clubs. The record was made at a tournament in the Chicago Speed Golf Classic at Jackson Park Golf course.

Most tournaments for this sport are at a regional level. However, a World Championship event was inaugurated in 2012.

1. What is the record for speed golf?

The record for speed golf is 27 minutes and 9 seconds, set by James Carvill at Warrenpoint Golf Course.

2. How do you play Speedgolf?

Speedgolf is a game that combines the elements of golf and running. The goal is to complete the course in the shortest amount of time possible.

Players must complete each hole in as few strokes as possible while also adhering to a strict time limit. The clock starts as soon as the player tees off and doesn’t stop until the player reaches the hole. Any time that exceeds the allotted time for the hole is added to the player’s score for that hole.

The game is typically played with a group of four players, but can also be played with two or three players. Speedgolf can be played on any type of golf course, but is most commonly played on executive courses or par-3 courses.

3. What clubs are used in speed golf?

Speed golf is a sport that combines the elements of golf and running. The game is played with a set of clubs that are designed for speed and accuracy.

The clubs used in speed golf are typically shorter than regular golf clubs, and they have smaller heads. This makes them easier to swing quickly and accurately. Many speed golfers also use lighter-weight clubs to help them move faster around the course

4. What does SSS mean in golf?

The Standard Scratch Score, or SSS, is a scoring system used in golf that allows players of different abilities to compete against each other on an equal footing. In order to calculate your SSS, you take the average score of the best 10 rounds you have played in the last 12 months and subtract it from the par for the course. The result is your SSS.

The beauty of the SSS system is that it can be used at any golf course in the world. So whether you’re playing at Augusta National or your local municipal course, as long as you know your SSS, you can compare your performance against other players.

Speed golf is a great way to get a workout and have some fun at the same time. It’s a fast-paced game that can be played solo or with friends, and it’s a great way to improve your golf skills. If you’re looking for a new challenge, give speed golf a try.